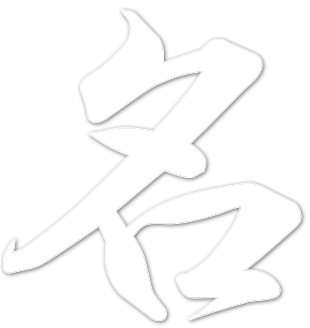 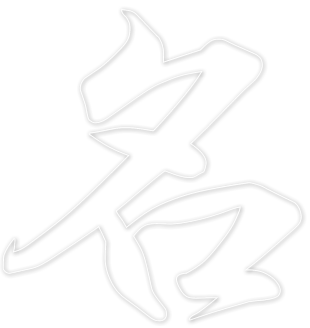 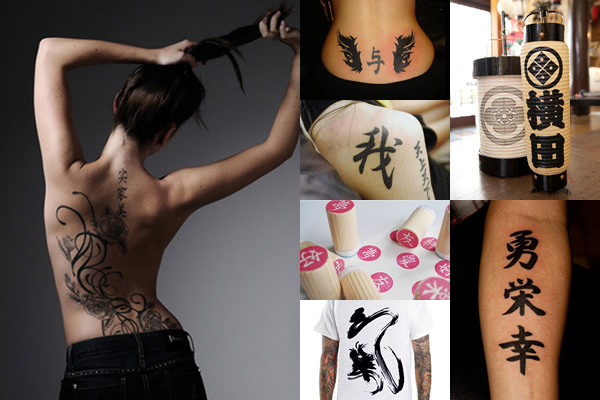 We will translate your name (e.g. Abraham Lincoln) into Kanji and create a design with calligraphy fonts. As there are so many combinations for Kanji names, we will find Kanji that is most suitable for the name. This is a service for customers who want to create name tattoos, Karate/Judo certificate, Japanese name seal/stamp(Hanko) etc.

You can specify sizes in each images (e.g. 3 inch). In case you want to change the image size later on, we'll resize it for you free of charge.

Within 24 hours (*Japanese Kanji symbols will be sent to your email.)

(from your name to Japanese kanji name) 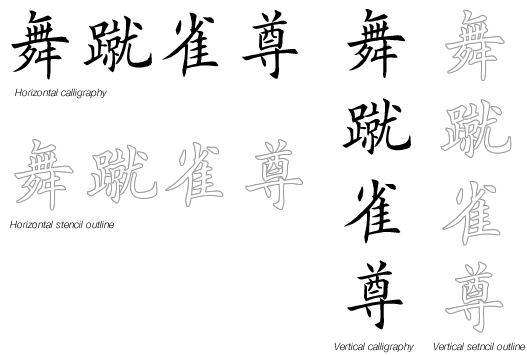 How do we translate your name into an accurate Kanji name?

In Japanese, foreign names are normally written using the phonetic katakana script consists of 48characters. It means a suitable Japanese kanji is allocated by the sound of names.

Katakana usage is quite similar to italics in English; specifically, It is used for transcription of foreign language words( e.g. English name ) into Japanese and the writing of loan words (Gairaigo). 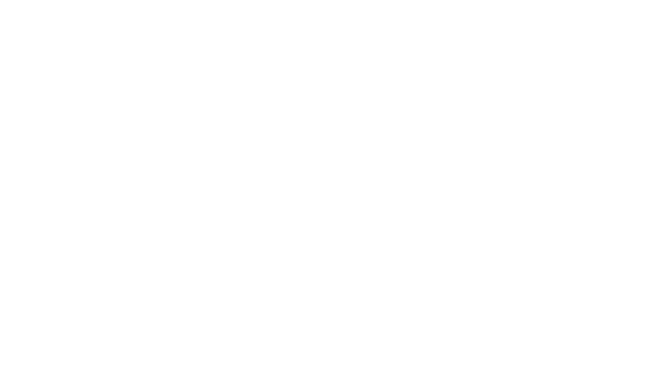 After finding out how to pronounce your name in Japanese and pick suitable Katakana for the sound of your names.We’ll allocate Kanji characters to the Katakana characters.

With Kanji Scripts, there are 2 ways of reading in Japanese. The Kunyomi and the Onyomi. Onyomi(読み), which literally means “sound reading”, is the Chinese reading of kanji. Kunyomi (訓読み, on the other hand, is the Japanese reading of kanji. It’s a reading based on the pronunciation of a native Japanese word. Most kanji have both readings, just like 川 (“Sen” for Onyomi, “Kawa” for Kunyomi).

In this example, “Jonny depp” which can be divided into the 4 different Japanese sounds like below, "Jo", "Nii", "De", "Ppu" and whatever the kanji which has got the Onyomi reading of each sound is allocated. 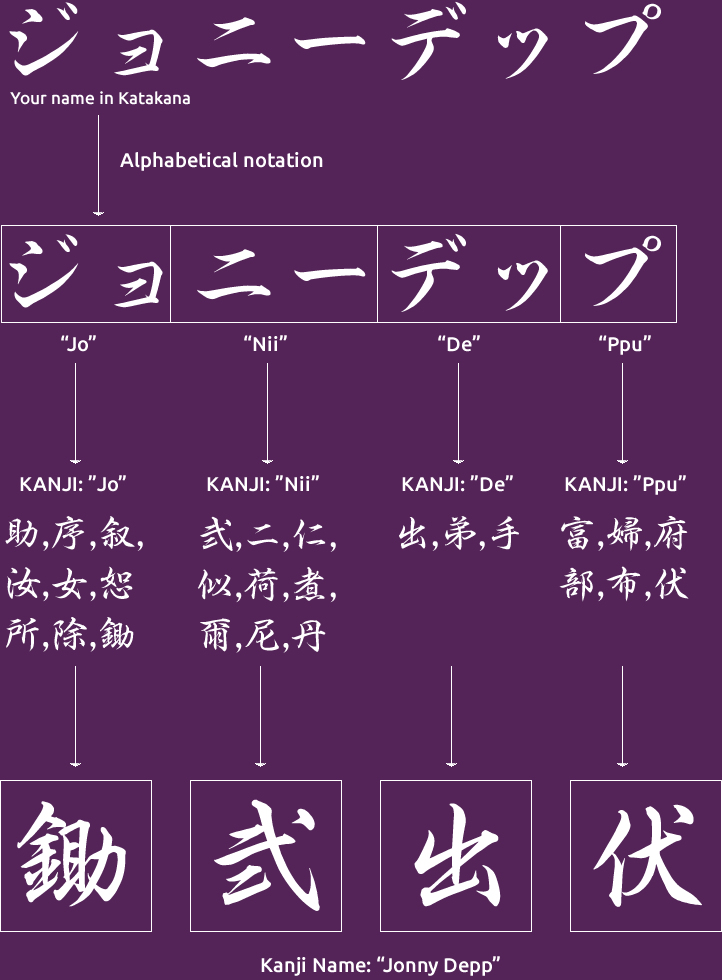 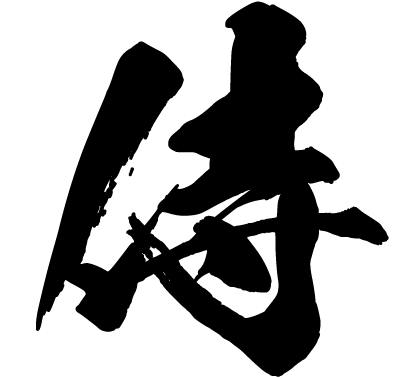 “God is in the detail”

The German Archetect Ludwig Mies van der Rohe famously said ”God is in the details.“ It means that true art is realized through fine and delicate technique with much attention extended to what is barely visible. We design with utmost attention to writing directions, line breaking rules, processing of repeated characters, typesetting, margin processing, kerning, escapement, spacing, etc.

THE MOST FAMOUS
JAPANESE FONTS
IN JAPAN

You can select 3 font types from the 50 Japanese font types that Japanese professional designers use.Did you know that there are over 1,000 Japanese fonts?There are even some companies called ”font makers“ in Japan. The largest market share belongs to Morisawa, the forerunner of the Japanese printing and publishing industry. Morisawa was tasked with TV subtitles during the Tokyo Olympics and has been developing fonts in collaboration with Adobe. Its reliable technology is now admired by clients worldwide. 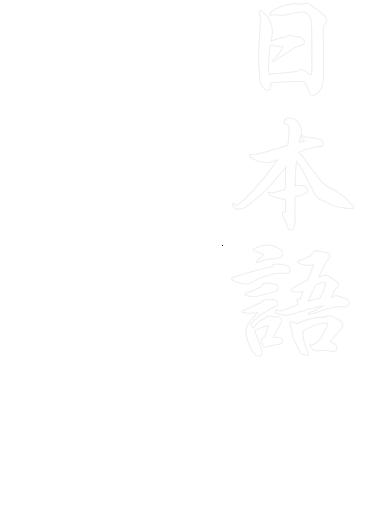 We provide your kanji symbols in stencil outlines and calligraphy styles with vertical and horizontal alignment. We will make adjustments and fixes such as changing the color, size, and font of the Kanji symbols within one week of the delivery date. 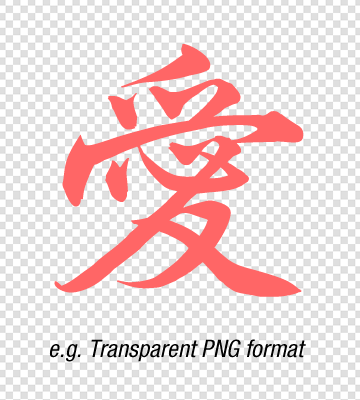 The delivered data will consist of translation data, images of the Kanji symbols, the order of Kanji strokes and audio files. The image data file format comes in three formats, gif, jpg, and transparent png. Also, customers who require separate outline vector files will be provided outline vector files in pdf and illustrator ai format. We will change/adjust the file resolution according to your request when making the order.

In answering your questions, I chose you because I trusted that I would get the true symbol for the translation. At this time I have no suggestions for your customer service. My experience was great and I would refer you to a friend!

Jeannette: Thank you for your help

Such a cool typeface! Next time I need Japanese Kanji symbols,I will come to you, for sure. I did check to see about the vertical symbols and the meanings and pronunciations of my new words; everything is as it should be. You’re workmanship is wonderful!

I got the symbols fine and had my tattoo done on Friday evening.I checked the symbols with a Japanese gal at my work and sheconfirmed that they said what I wanted them to say.Haha, Anyway, they turned out beautiful”

I am writing to inform you that I have received you’re translationsand they are exactly what I was looking for.

The Japanese symbols you sent me were fantastic. It looks excellent thank you! Domo Arigato (I hope that's right!)

For customers who are not satisfied with our services, we have a one week return guarantee that starts from the time of delivery. We can also provide various adjustments and corrections, such as changing the color, size, and font of kanji symbols, within one week from delivery.

You can get your accurate Japanese symbols within 24 hours.

GET YOUR $10 OFF DISCOUNT COUPON!

We celebrate our newly updated website with a special $10 discount coupon on the first 500 orders of our Japanese kanji translation & design service. The coupon will give you a $10 discount on your next order. The promotion period starts from January 1, 2023 and goes on until Tuesday, January 31, 2023.This promotion will end as soon as the first 500 orders have been placed.

for you or your friends next purchase!

Bonus 1 is $10 off coupon which allows you to save next purchase. you will recieve a coupon number after making online payment. It will be available by the end of December 2023. you can give it to your frineds if you want to.

These symbols usually cost as much as $19.90

The complete hiragana and Katakana consists of 48 characters. You will recieve hiragana and katakana symbols in stencil outlines and calligraphy styles free of charge. You can use those symbols images for your tattoos, T-shirts and other products.

We will translate three English words (e.g. "Love", "Family", "Samurai") or one English phrase (e.g. "If you can dream it, you can do it.") into Kanji, and create a design. It is a service that is popular among customers who want to create Kanji tattoos, logos, T-shirts, and so on. It's highly recommended!

We will translate your name (e.g. Abraham Lincoln) into Kanji and create a design. As there are many combinations for Kanji names, there is no clearly correct translation. Thus, we will find Kanji that is most suitable for the name. This is a service for customers who want to create tattoos or products with a name in Japanese Kanji.

We will translate three English words (e.g. "Love", "Family", "Samurai") into Japanese Hiragana, and create a design. Japanese Hiragana were originally based on Kanji and are simplified from Kanji characters. They are more rounded in shape than Kanji and give off a mellow impression.

We will translate three English words (e.g."Master", "Angel", "Peace") into Japanese Katakana, and create a design. Japanese Katakana were originally based on Kanji and are broken down from a portion of Kanji characters. They are simple in shape and give off a stylish impression.